New Developments:  Plans for all new development in the Town are reviewed by a Town engineer to isolate any highway or drainage related problems.

MAIN FUNCTION OF DEPARTMENT
The Highway department is responsible for the over 230 miles of Town roads that are maintained by 34 employees using 25 trucks and 12 pieces of major equipment. Additionally we are responsible for snow and ice control, paving and reconstruction, maintenance of roads, signs and roadway markings, roadside drainage, tree and brush cutting.

Listed below are the services provided by the Highway Department.

How and when does the Town handle lawn and leaf pick up?

Through an agreement with the Town of Clifton Park, County Waste offers free yard waste pick-up for all residents from April through November.

Leaves and brush will be collected in brown paper yard waste bags only. No yard waste will be collected from garbage cans. Small, bundled brush that is less than four feet long and three inches in diameter will also be collected. Bundles need to be tied so as one person can pick up a bundle. Waste pickup days will be every Monday, Tuesday and Friday. Please call Town Hall at 371-6651 for additional details.

Items that will not be collected:

The Highway Department is responsible for picking up dead animals on all Town Roads with assistance from the Animal Control Office in some cases. Please call (518) 371-6651 to report.

Who handles ditch and drain clean up?

Who should I contact about paving and pothole repair

Town roads are assessed on a regular basis by the Highway Superintendent. Paving schedules are determined by the funds that are available and the maintenance that is needed for the safety of our Community. Potholes are repaired year round. If you have a pothole in your area that needs repair, please call 371-7310, and a foreman will inspect the area immediately to determine the best course of action.

What should we know about salting and plowing?

The Town of Clifton Park Highway Department is on call 24 hours a day to make the 435 lane miles of Town roadways clear and safe. The Highway Department has multiple routes for plowing and salting in an effort to provide safe conditions in an efficient manner. During winter months, it is important that you ensure vehicles and obstacles are not in the road. These obstructions make it difficult for plows to maneuver and keep our roads safe.

When is road sweeping done?

Street sweepers are used to support paving and pipe installation projects during the warm weather months. In addition, all Town roads are swept on an annual basis beginning in the spring.

Is there any legal information on the placement of basketball hoops or other sporting equipment on or near the public Right of Way?

Anything put within the ROW can be considered an obstruction, this would include basketball hoops. Due to the liability to the town created by items placed within their ROW, NYS Highway Law Section 319: Obstructions and their removal, discusses removing them from the town's ROW.

The town has the right to remove these obstructions after proper notice is given. If they are not removed by the owner, the town may remove them and pass the charges for the removal to the owner. It has also been useful to notify the insurance company of the residences that have obstructions to put them on notice that they are also liable for the homeowner's actions.

2. It shall be the duty of each owner or occupant of lands situate along the highway, to remove all obstructions within the bounds of the highway, which have been placed there, either by themselves or by their consent. It shall be the duty of all telephone, telegraph, electric railway and other electrical companies, to remove and reset telephone, telegraph, trolley and other poles and the wires connected therewith, when the same constitute obstructions to the use of the highway by the traveling public. If temporary obstructions such as trees, lumber, wood, logs, machinery, vehicles and similar obstructions are not removed within forty-eight hours after the service of a notice, personally or by mail, upon such owner or occupant, requesting the same to be done, the town superintendent shall remove such obstruction. And if permanent obstructions, including, among others, telegraph, telephone, trolley and other poles and wires connected therewith, are not moved and reset within thirty days, the town superintendent shall move and reset such poles and wires. The expense thereby incurred shall be paid in the first instance out of moneys levied and collected and available therefor, and the amount thereof shall be charged against such owner, occupant or company, and levied and collected, as provided in section one hundred and fifty-seven. 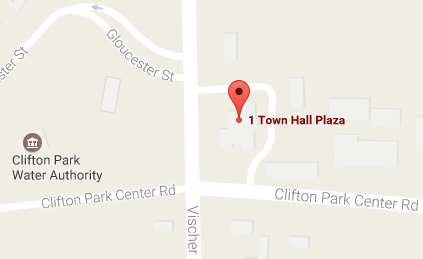